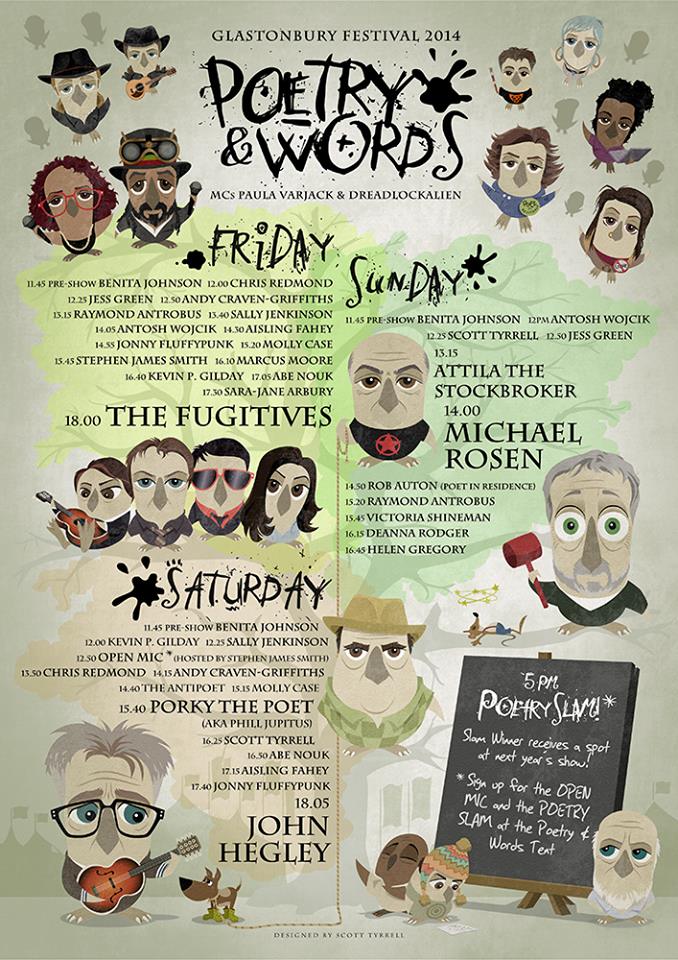 Will be the first performer on the Poetry and Words stage and so I had to put her as my first performer to announce. Listening to her on youtube I have absolutely fallen for her voice tone, melody and lyrics, ‘Beam of Light’ happens to be my favourite. She will be the gentle rocking voice, bringing you back into the world of poetry each morning at 11.45.

Singer-Songwriter Benita Johnson has supported the likes of Hugh Cornwell (The Stranglers), Boo Hewerdine and Patrick Duff (Strangelove). Her songs are dynamic and accessible. An experienced performer, she regularly brings her wide-ranging repertoire to venues large and small across the south-west. She will be opening the stage at Poetry&Words each day of the festival with songs both mellow and uproarious. “It’s not folk and it’s not rock or pop, it’s Benita Johnson doing her thing and it’s beautiful. . . simply breathtaking. . .” Malcolm Carter, Penny Black Music Reviews.

A great friend and colleague of mine (Chill Pill UK and Keats House Poets) and a fine performer, his poems are crafted to sit in the place with all lines of poetry meet – Spoken word, page, narrative and emotional. He is absolutely awesome and you can see him live on Friday at 13.15 and Sunday at 15.20 and  i-net stalk him here https://www.youtube.com/user/chillpillshorts

Raymond Antrobus is a spoken word poet, photographer and educator, born and bred in Hackney. He is co-curator of popular London poetry events Chill Pill (Soho Theatre and The Albany) and Keats House Poets. Raymond’s work has appeared on BBC Radio 4, The Big Issue and recently at TedxEastEnd and in The Guardian.

“His monologues are stunning studies of voice and substance, and his lyric poems are graceful and finely crafted” (Kwame Dawes) Tongue FuChoo Choo Chris is going to be gracing the stage, oh yeah. This guy is cool and suave and his poems are pretty super. Though the band will be left behind this guy should be watched with both ears, great wit and humour. Watch him in absolute brilliance live on Friday at 12.00 and Saturday at 13.50 and online here

Chris Redmond is a writer, performer and musician whose work often focuses on cross-media collaboration. A regular at UK music and literature festivals, he has performed on BBC Radio One, BBC Radio Four (Bespoken Word and Pick of The Week), Sky Arts, BBC Scotland’s Culture Show and recently on Scroobius Pip’s XFM show The Beatdown.

Chris is the creator and host of Tongue Fu, one of the UK’s leading spoken word and music shows, where poets, comedians and storytellers perform with improvised music and films. Guests have included Kate Tempest, Akala, Robin Ince, Omar, Salena Godden, Ty and Howard Marks, with gigs at London Wonderground, The Udderbelly, The Barbican, Royal Albert Hall’s Elgar Room, Edinburgh Festival and many UK music festivals.   “Poetry, but not as you know it…amazing.” The Guardian

The Lost Menagerie, Chris’s first poetry/music/theatre show was commissioned by Battersea Arts Centre. Other commissions include contributions to The Nine O’Clock Slot – Ice and Fire’s new show, and the Spoken Word All-Stars UK tour. He is currently writing a spoken word musical comedy with award winning author and poet Anna Freeman and the Tongue Fu band supported by Bristol Old Vic. The show premieres in London in September ‘14 at London Wonderground, followed by a UK tour.

“A wordsmith wizard, whose sublime art of storytelling in verse is impossible to ignore.” The Poetry Book Society

Oh yes! This post may just be my favourite to write!!! I LOVE this woman, I love her face her hugs her chatter her laugh and most importantly her words. Subtle and gentle, she lifts you through her poems of complicated feeling as if you are silk in a late summer breeze, and as if that wasn’t enough she has the most endearing stage chatter. Get your hugs ready! See her on stage onFriday at 13.40 and Saturday at 12.25

Sally Jenkinson is a poet, writer and performer who lives and works in Bristol, but she is from Doncaster, where they say poem like this ‘poym’. She has just returned from a tour of Australia where she took her debut show Folly (written with musician Nuala Honan) to the Adelaide Fringe Festival, with support from the ACE and British Council.

Her debut collection of poems, Sweat-borne Secrets, was released in 2012 through Burning Eye Books; poet Kate Fox described it as “sensuous, surreal, bold and beautiful, Sally Jenkinson’s image-filled poems spill gloriously across the page. Often, a line will leap out and squeeze you by the throat. Poetry that sings from a poet whose song I’d like to hear more of.”

In 2013, she was awarded the Poet of the Year award from Bristol Poetry Festival. She works as a poetry programmer for the Wandering Word Collective, and runs poetry and creative writing workshops for schools and community groups around the country, including for Apples and Snakes’ Shake the Dust project and Take Art’s Word/Play project.

‘This world oscillates between the certainty of an emotion and the uncertainty of its longevity, between the beautiful and the tedious. There is genius at work here, lines that stick with you through the mundane… Sally’s ear for life, the rhythm of a personal moment made wonderfully recognisable, is a skill to be marvelled at.  Some lines slip smoothly down the throat like “the sanctity / of Heinz Tomato soup”, only to throttle you all of a sudden with the jarring turbulence of life’s upsets. Whilst the image-saturated poems could become suffocating, Sally’s command for cadence turns the mundane into lyrical magic. This is where a relationship is no more consequential than “a puddle in a car park”, and yet somehow one lone puddle can reflect an entire world.’ – Emily Kate Groves (Poejazzi) Official Poet in Glastonbury Residence, Find this mans palace in his performance of off beat wit, literal meanings suddenly take on new form and laughter is carried away. I think you will love him as much as the yellow tinged face of the sky does on its happiest of days when Rob is out to play! A member of the Bang Said the Gun gang, bring your voices for laughing and celebrating this wonderful poignant northerner. Catch him on stage onSunday at 14.50

This year’s Glastonbury Festival official website poet in residence Rob Auton has ideas, writes them down and says some of them out loud to audiences at poetry nights, comedy nights, cabaret nights and more recently in theatres at theatre nights. He has had his poetry played on the radio and on the television and was recently described by the Independent as both “lanky” and “a talent to watch.” He was in the news for a day in 2014 for winning an award with a joke he wrote about Chinese Wispas. He has performed two critically acclaimed Edinburgh Fringe shows, 2012’s The Yellow Show and 2013’s The Sky Show and is currently working on his third solo show The Face Show. Last year Rob had his first full collection of poems, stories and illustrations, In Heaven The Onions Make You Laugh, published by Burning Eye Books. Rob also continues to co-run the hugely popular London poetry extravaganza Bang Said The Gun. This will be Rob’s seventh time at Glastonbury but his first time with any responsibilities. He once had his photograph taken with Michael Eavis but the flash didn’t work. Expect words coming from the mouth of a man who knows what a pigeon looks like.

“Few artists have ever managed to consistently provide me with such joy and pleasure as Rob Auton. I always leave in awe of how good he is.” (Scroobius Pip)