That was one hell of a Saturday, rounded off beautifully by these two chaps… 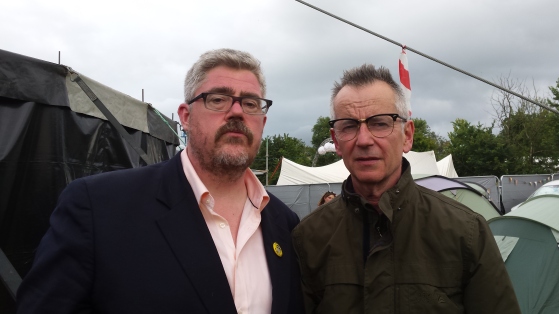 The afternoon got off to a great start with the adorable Antosh Wojcik, the wonderful Charlotte Higgins, and the amazing MC Gramski. 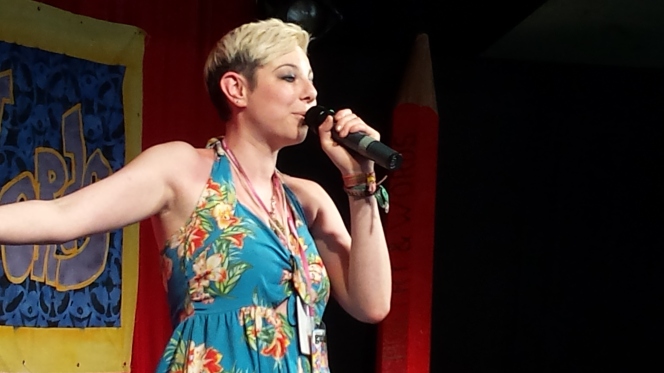 Wil Greenway treated us to another slice of his warped mind. And then MiKo Berry launched into an incredible set of pain and passion with the immortal line “Silver is the manliest glitter!”. He’s not the first passionate Scotsman, but he’s probably the only one on stage with purple trousers, a black vest and a pink headband. 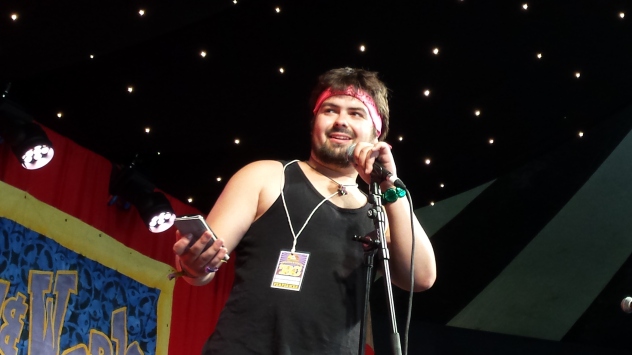 Next up was Kayo Chingonyi who delivered a beautifully chilling line that stays with me “..who wields a cutthroat like a paintbrush”. A wonderful engaging performer. 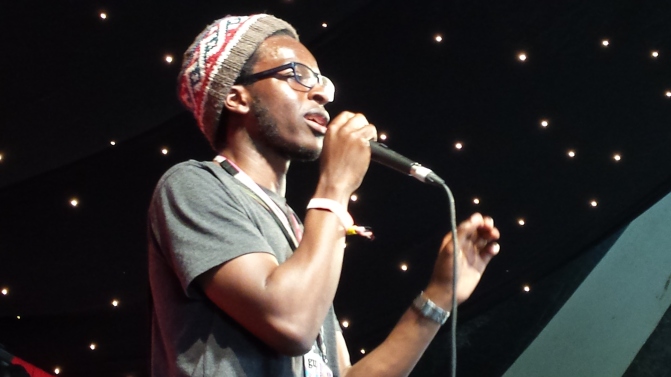 Murray Lachlan Young swaggered on stage with his arm in a sling (a cricketing injury I was told) and wooed the crowd with his very own je ne sais quoi. 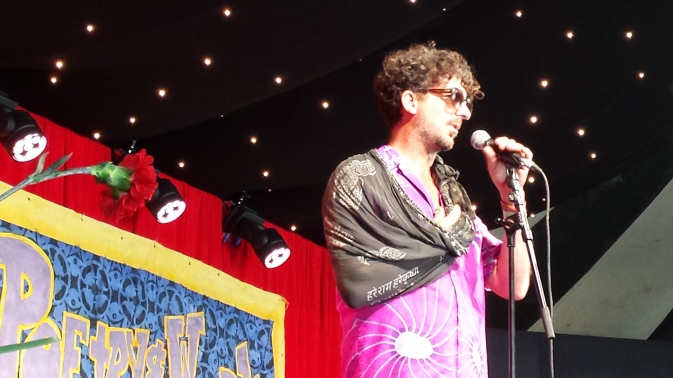 Then the penultimate poet. The legend that is Porky Poet (Phill Jupitus) arrived somewhat bewildered as he’d just been attacked by a hessian giraffe. His fame is well-deserved. An incredibly engaging presence on stage. His StarWars haikus were marvelous. I loved “That’s no moon…but it has much of the romance”. 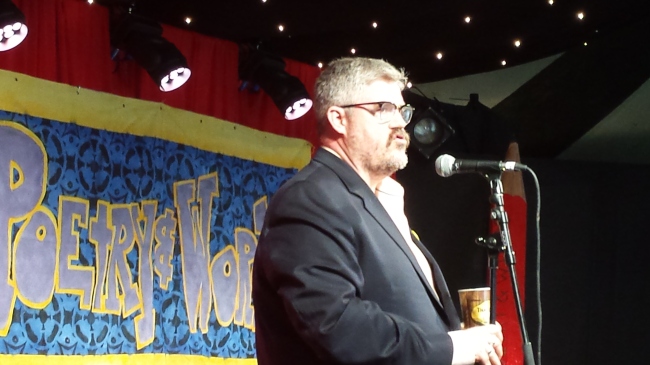 And then our headline act….the inimitable bundle of audience-participatory joy, Mr. John Hegley. John is the absolute master of the Poetry&Words tent. His stagecraft and lightness of touch is an absolute pleasure to watch. 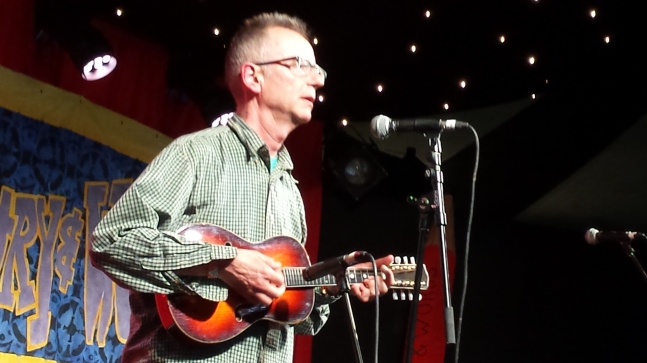 And if that wasn’t enough, he was joined on stage by Phill Jupitus for a final glorious musical number that had the crowd ecstatic! Just brilliant. Like a punk Laurel and Hardy reuniting for a guerilla rock gig.

Orange Purple Flying Circle
.
Sometimes travelling slowly tires the mind.
blunts the axe.
Life can be a heavy chain.
But at Glastonbury spirits are lifted
climbing ever upwards, ever higher, dancing and jumping.
And lo! He came speeding down the hill
every crank of the gears
making me feel tranquil, bringing me to tears.
.
Contributor (in line order): Netty (title), Martin, Dave, Caroline & Vanessa, Anon, Louise & Arijana, Jess with Dave & Scott, Carly.
.

SPEAKING TO A RANDOM PERSON OUTDOORS
(Saturday Surrealism)
.
Slow brakes led to ginger cakes
on this joyful journey through life.
With a classical head from Roman times
and a natural requirement for legs,
the cranky elephant flew through the kitchen window.
Glastonbury is such a scene
It’s slowing down the brain machine.
And rain dampened hair shines like brilliantine
where the mud wasn’t smooth enough.
There’s a shiny diamond hidden under the hill, essential to the Alps.
Where I came off track, gliding spacewards
finishing the washing up in the bank.
Never casting a doubt before the black bottle flies
my skeleton, within a peloton of excellently joyful pedestrians.
.
Contributors: Donna Daniels-Moss, Laura, Joshua Robinson, Peter, Peter (2), Julia + Matt, Mark Thomas, Lauren, Connect 4, Danny T-G, Stockie Jim, Lynn, Gramsky, Val + Ian + Declan, Joel Lynch.
. 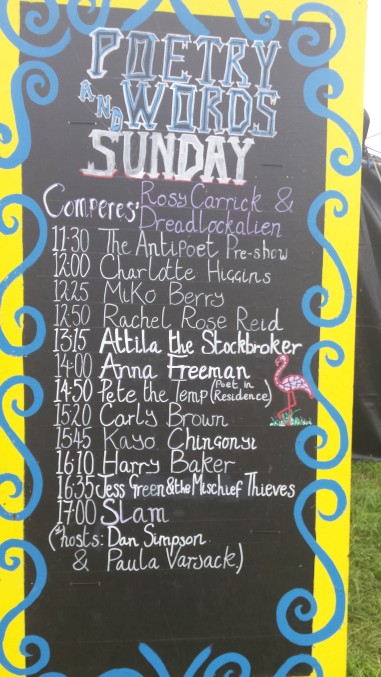 There’s still a couple of spots left for the Slam tonight, so hurry along when the tent opens to sign up!
.
Scott 🙂